Sri Lanka part 1: If you look like you belong… 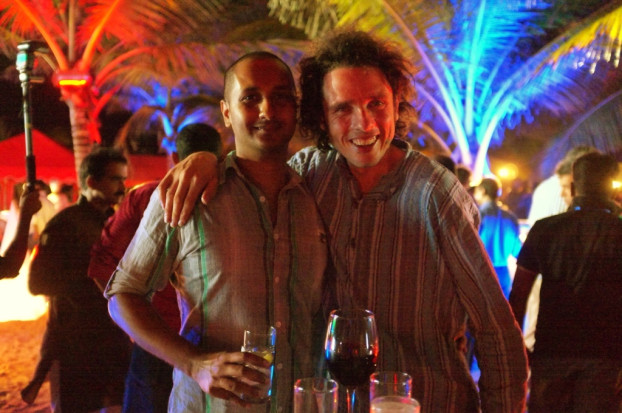 After catching up with James on the Gold Coast when we were up north earlier this year and hearing that he was going on holidays by himself, I did the thing that any friend would do in my situation – I offered to go with him. So, last month, leaving Kaz in Melbourne, James and I set off for Sri Lanka to do a cycling tour with a couple of days either side of it to relax and generally run a muck!

With two days to go before the start of the cycling tour, we had a chance to get out see some of Negombo. We started by taking a Tuktuk ride around. 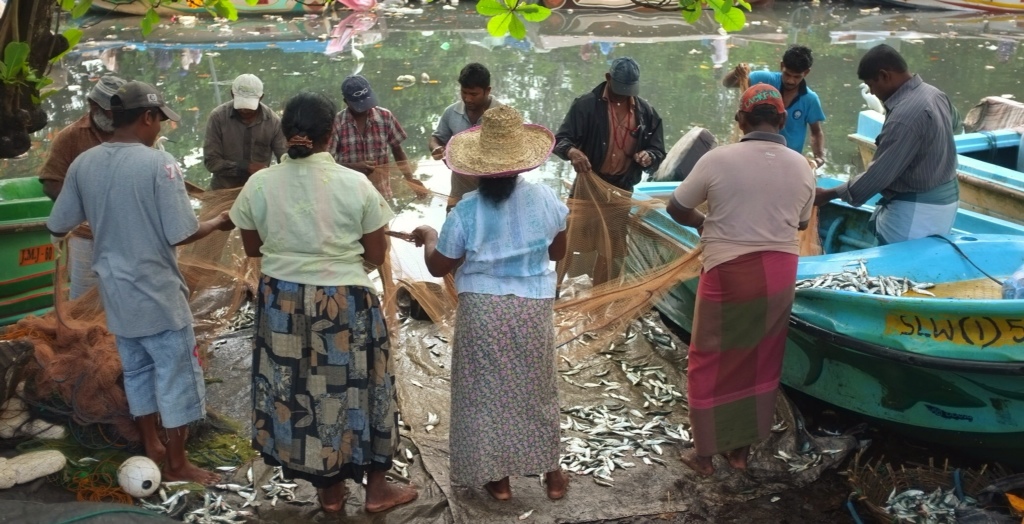 Part of the 120km canal system – a legacy of the Dutch. 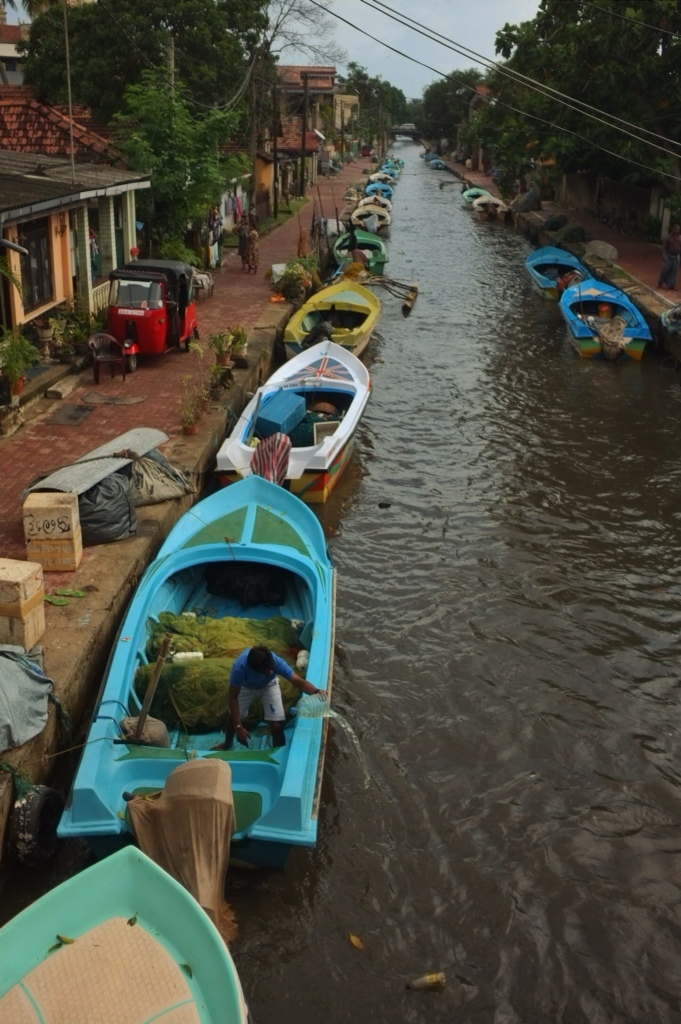 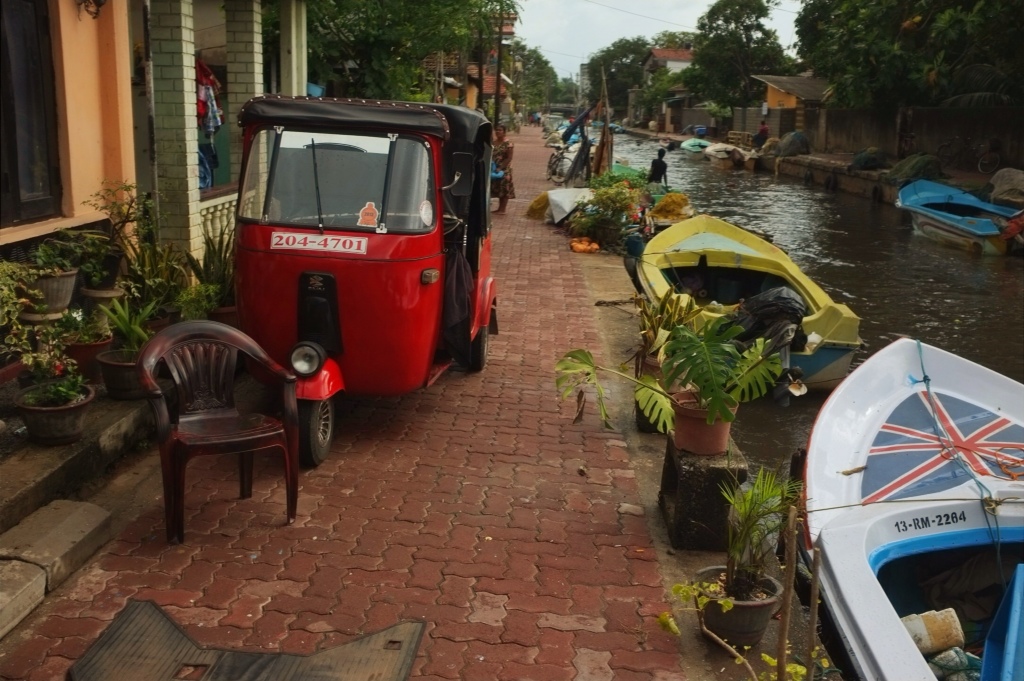 Interesting sounding job. I wonder how many ways you can cook a head… 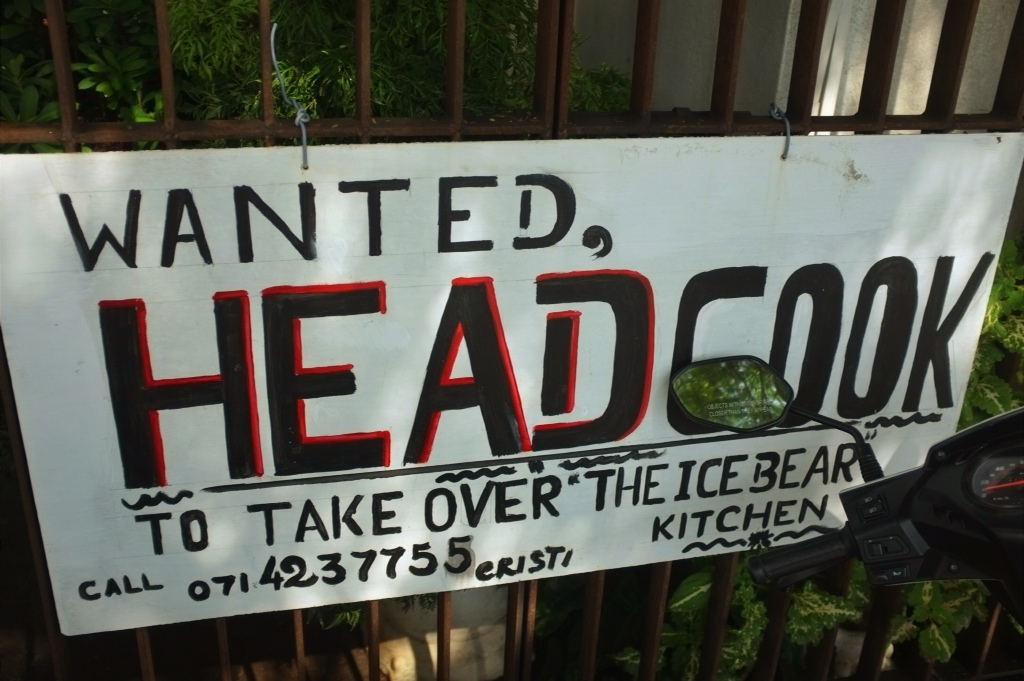 Goldfish at the market… 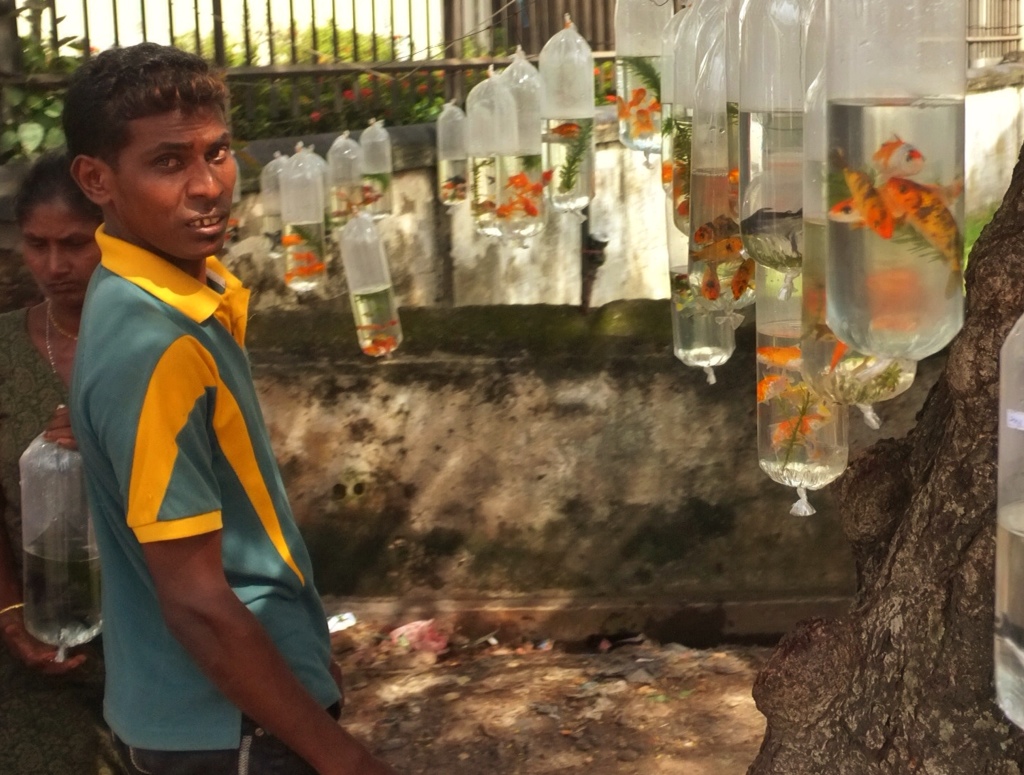 Lunch on the first day – the first of many meals of chilli crab for James. 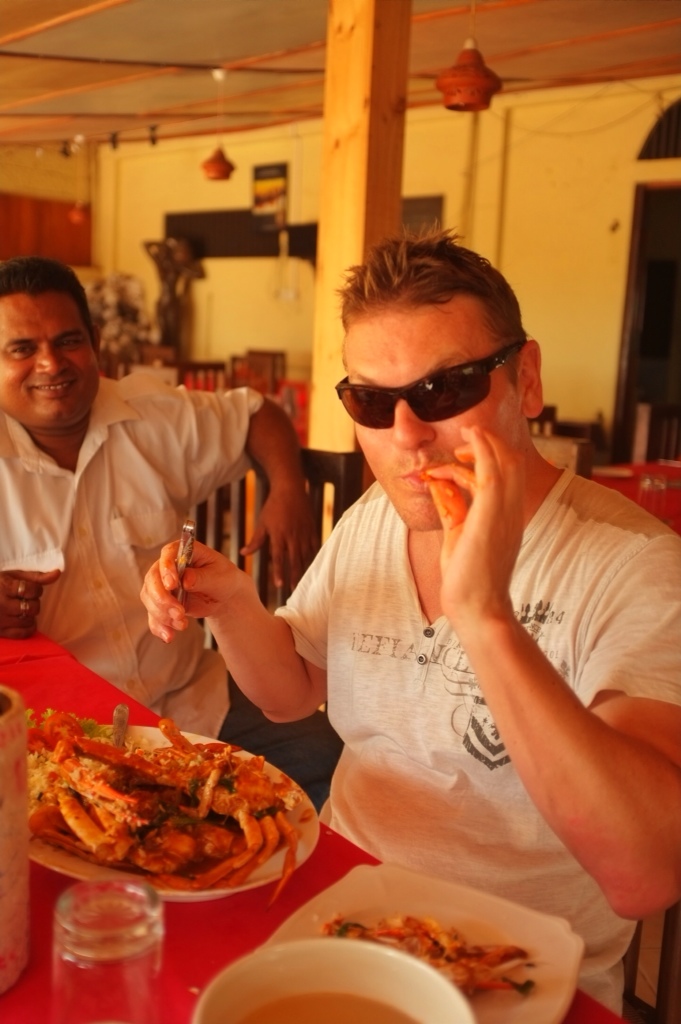 I’m not sure how effective this fan would be… 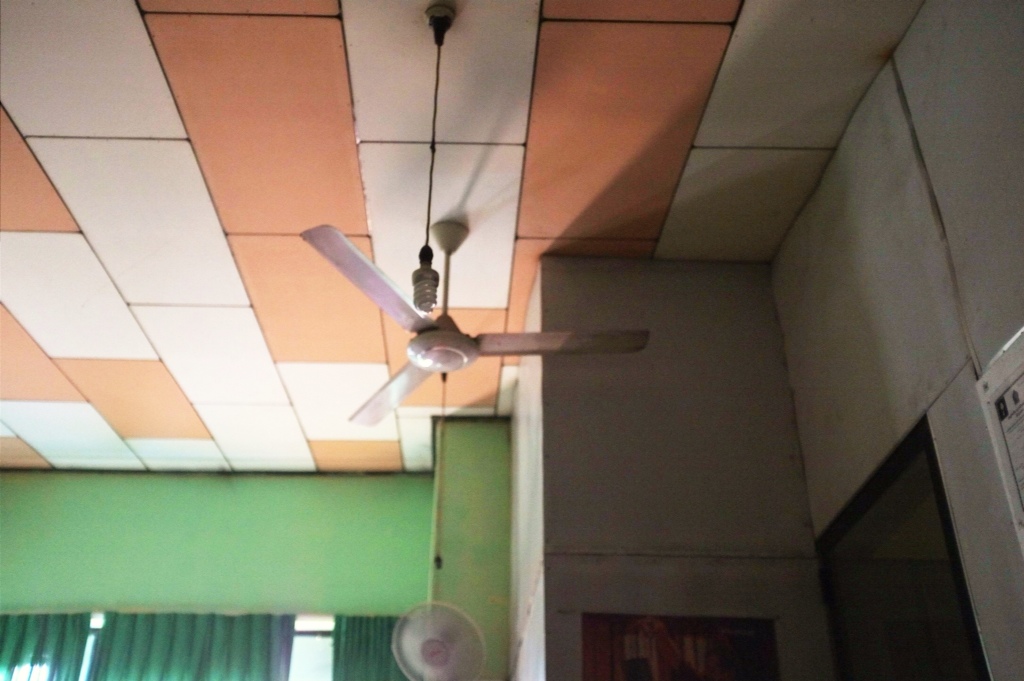 No adventure is complete without a hat. James with his Panama hat doing his Michael Jackson impression! 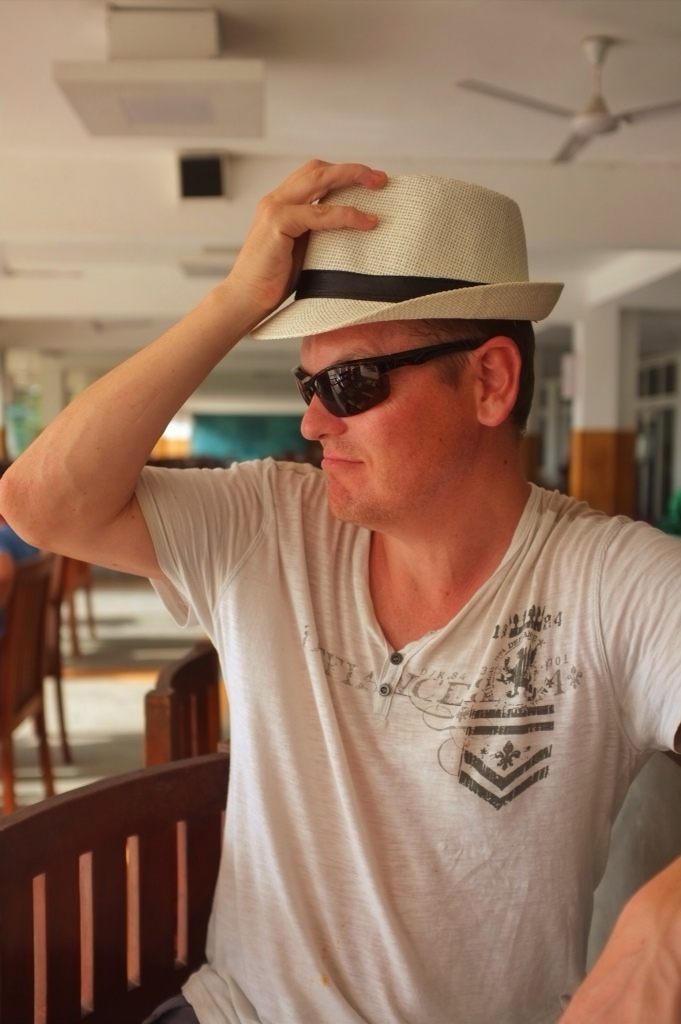 Due to either the small hat sizes or the huge size of my head, I had two choices for a hat. With one being a Bob Marley inspired Rasta hat, I decided on the second option. Cheers! 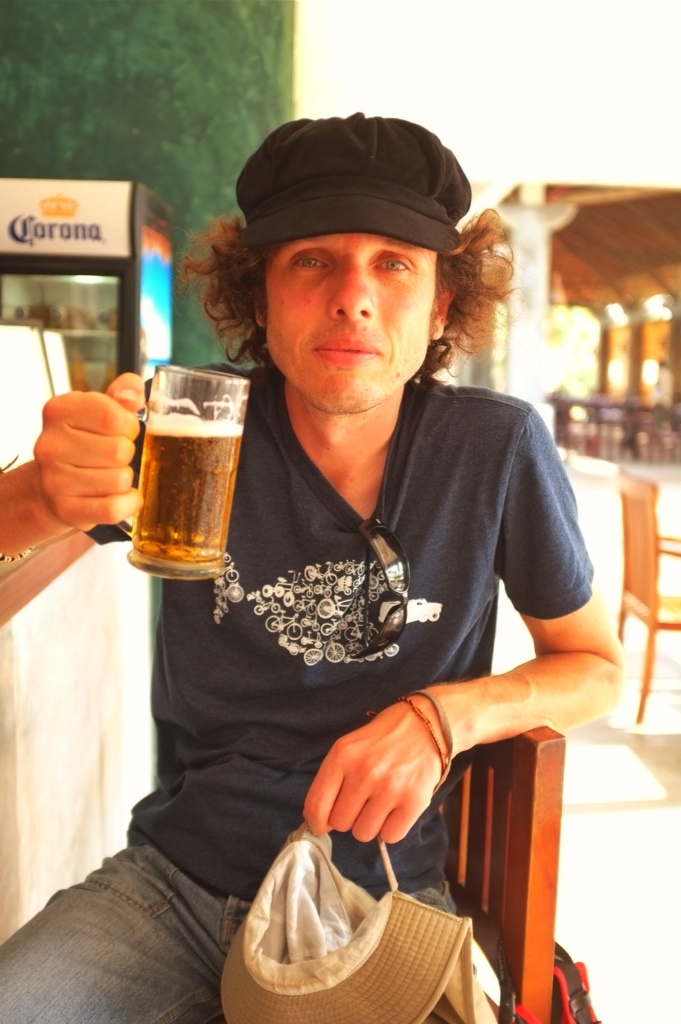 That night, we’d arrange to meet Mahesh, one of my friends who lives in Colombo. We wondered what we were going to do and on our way back to the hotel, the Tuktuk driver gave us an idea. He told us that there was a corporate beach party for an airline at the hotel next door. So, we thought we’d drop by. We walked straight through reception and onto the beach to join the party and proceeded to follow Beck’s Law: If you look like you belong, they won’t question you.

Mahesh and I catching up. 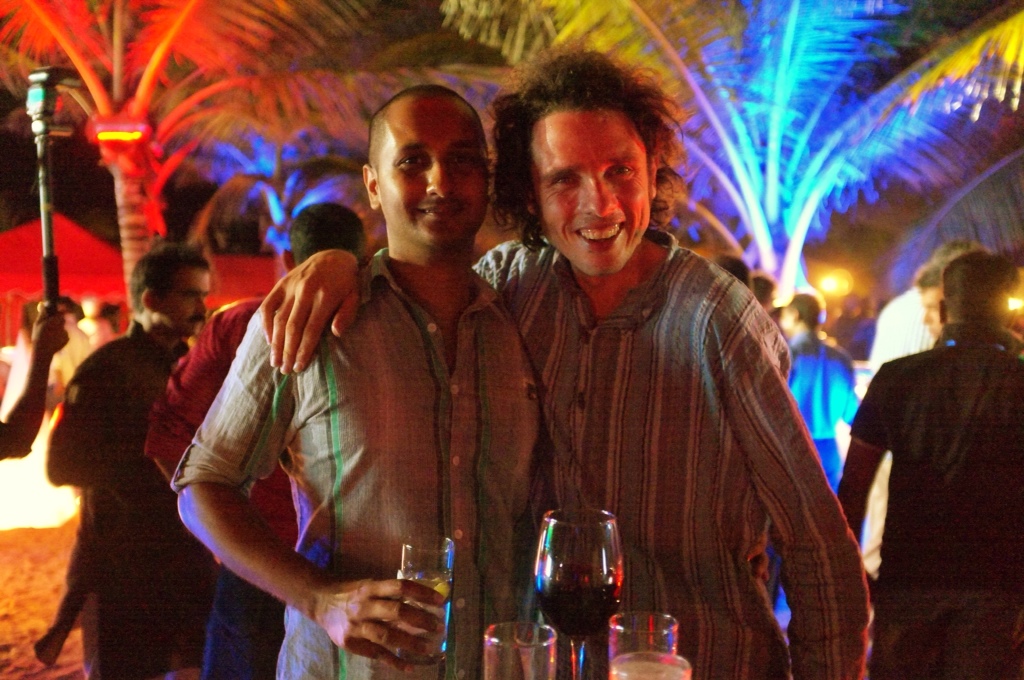 First to order a drink was James and he was asked “are you part of the party?” to which James had no trouble answering “of course”. From then on, the waiters served us drinks and plates of tempura prawns all night!

James was hard at it networking. These guys were representatives of tour companies interested in doing business with their newly established Australian travel contact, James. (Nice cover story Jimmy!) 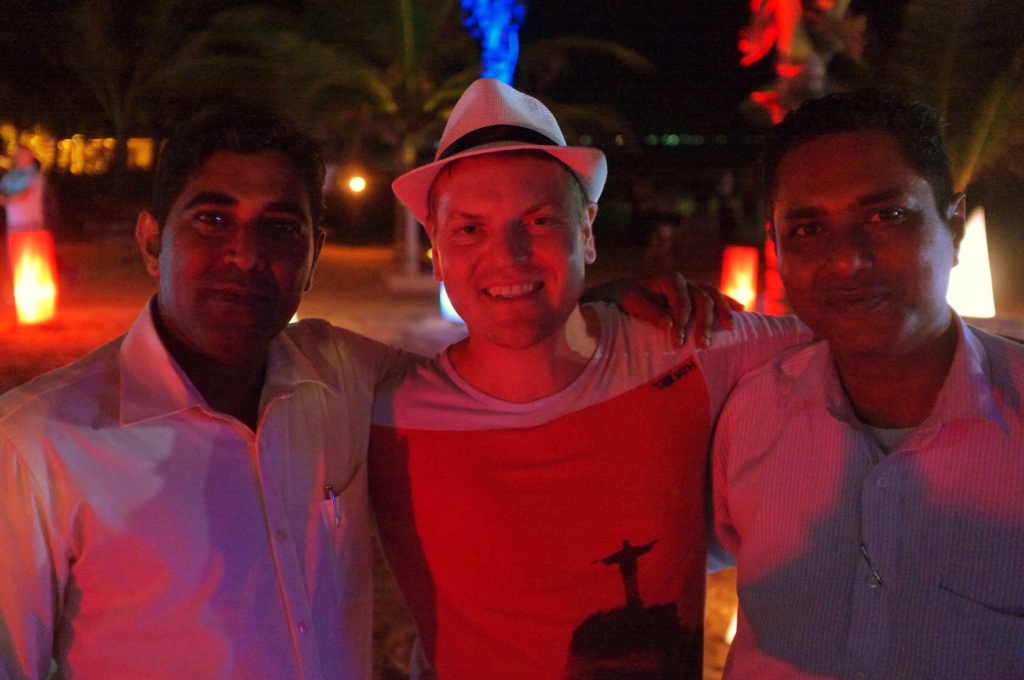 The game was nearly up a couple of times. The first was when James starting talking to the CEO! The second was when I was talking to a group of people and asked whether they worked for the company or an affiliate, to which the head of Corporate Marketing replied “Didn’t you see my presentation?”. Oops!

Some of the entertainment they put on just for us… 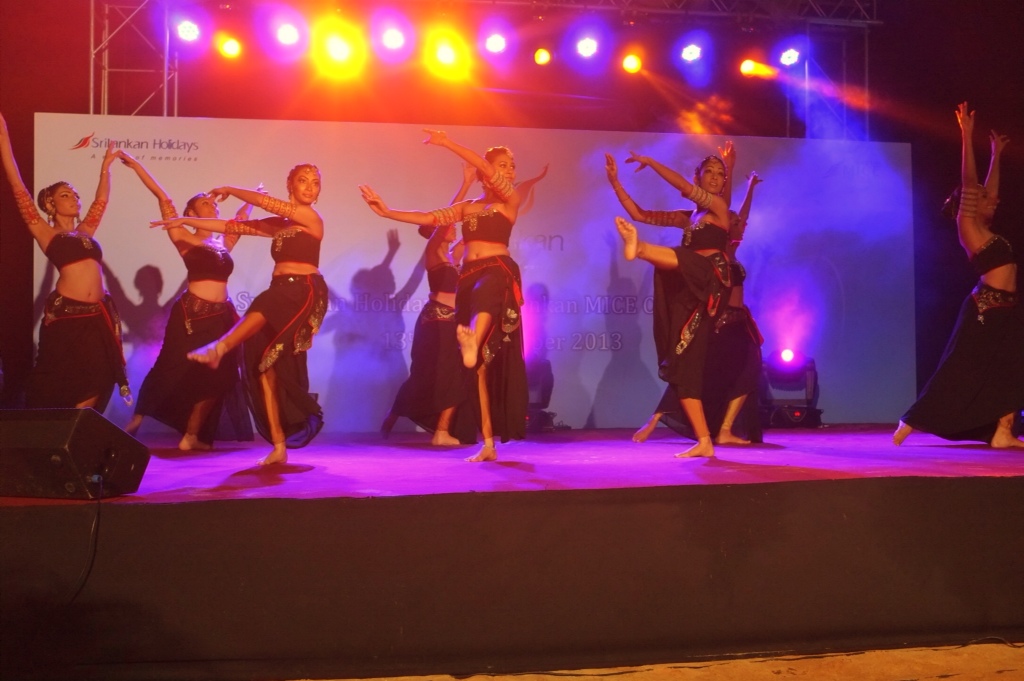 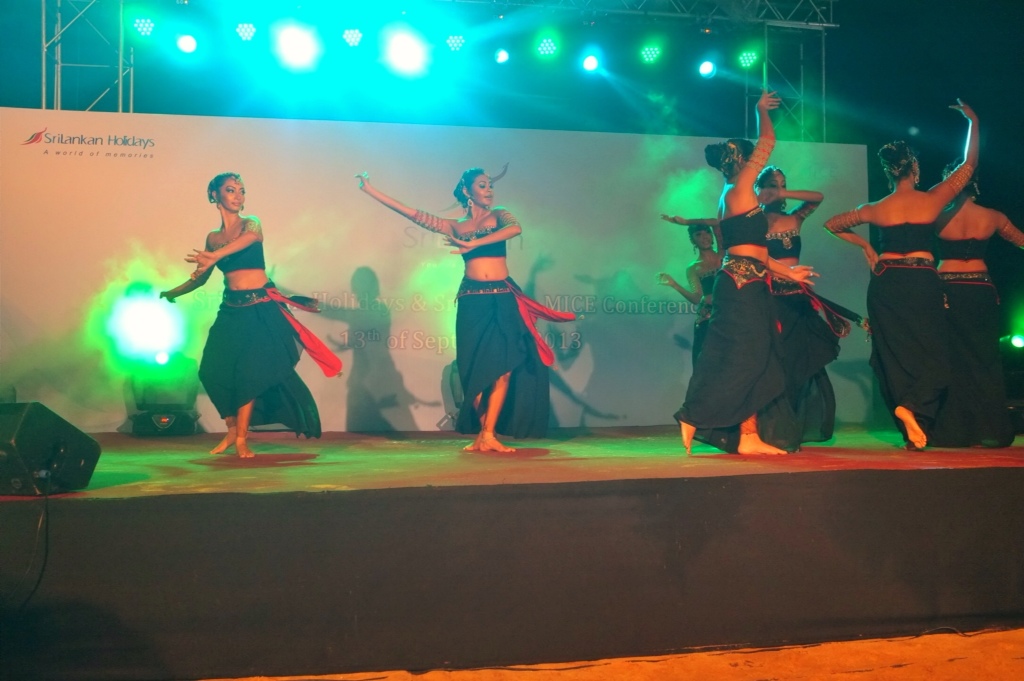 Waking up the next morning with a pocketful of businesses cards, it was time to relax in the pool. 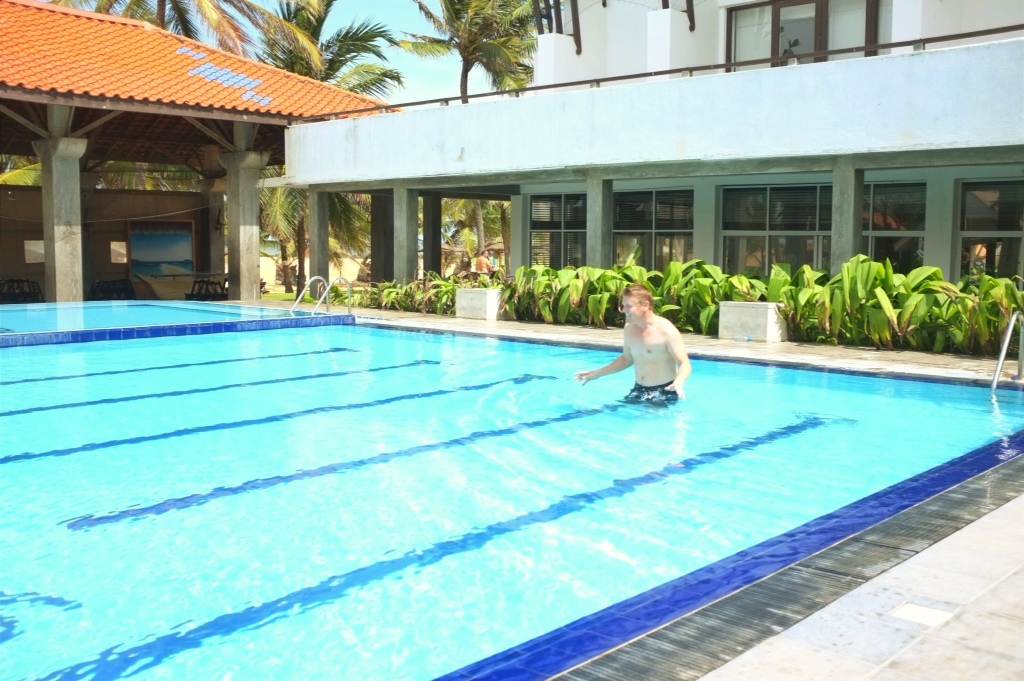 That night, we walked along the beach where we saw these little food vans. 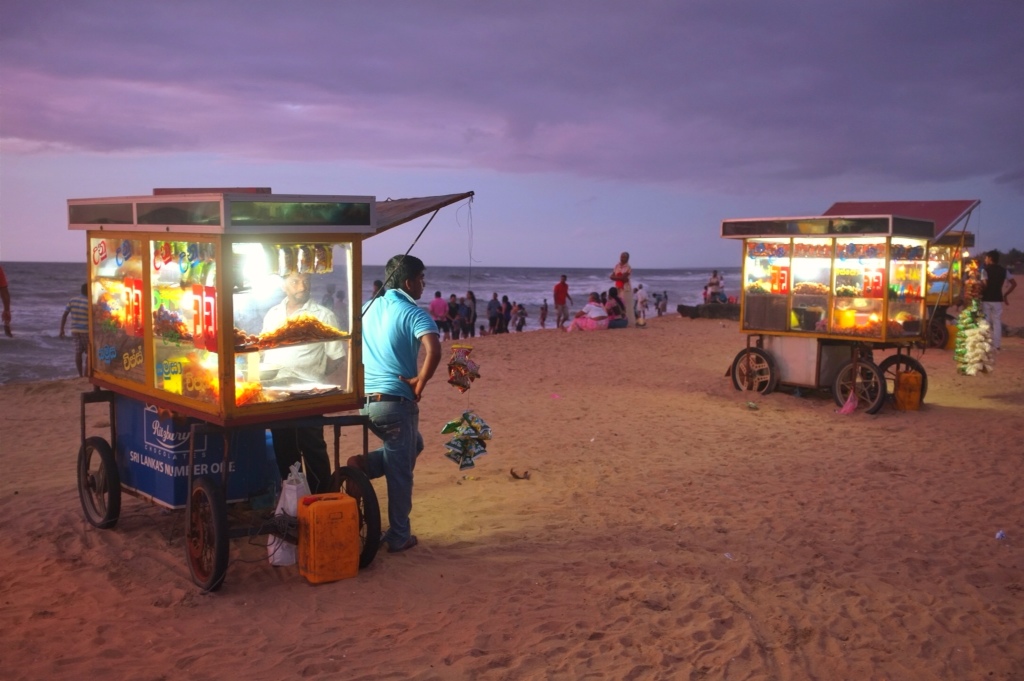 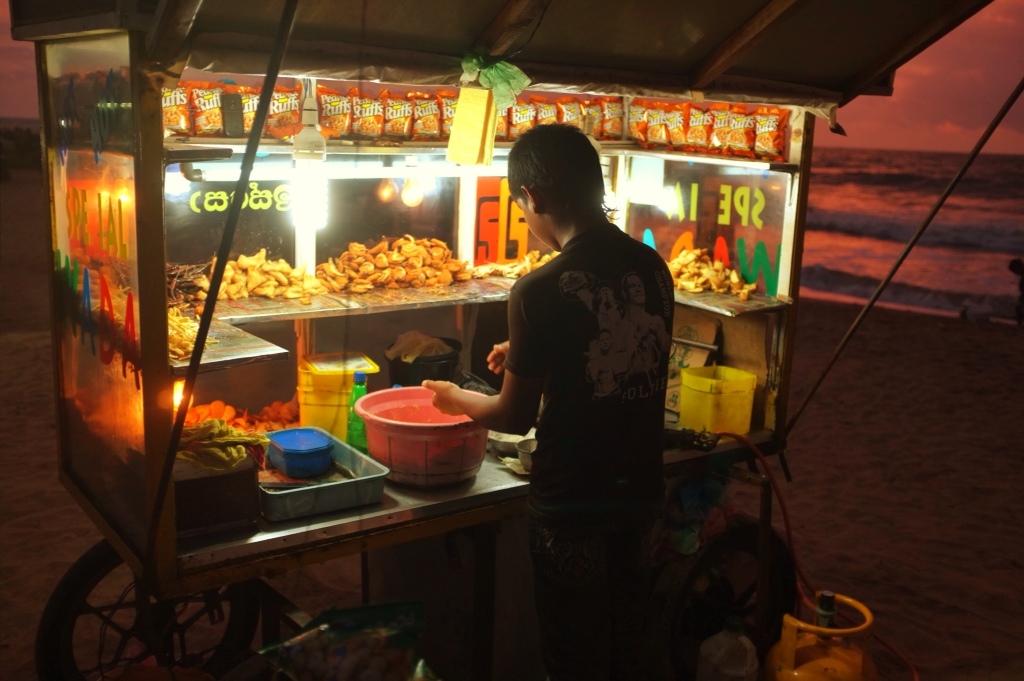 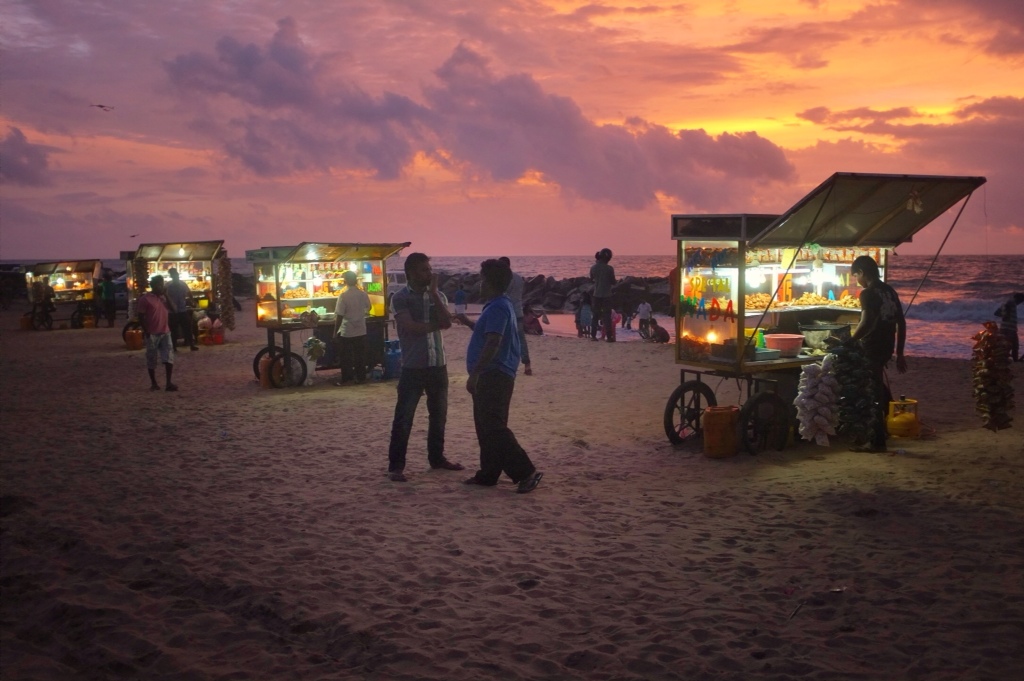 Stay tuned for the next blog when the cycling pleasure began!