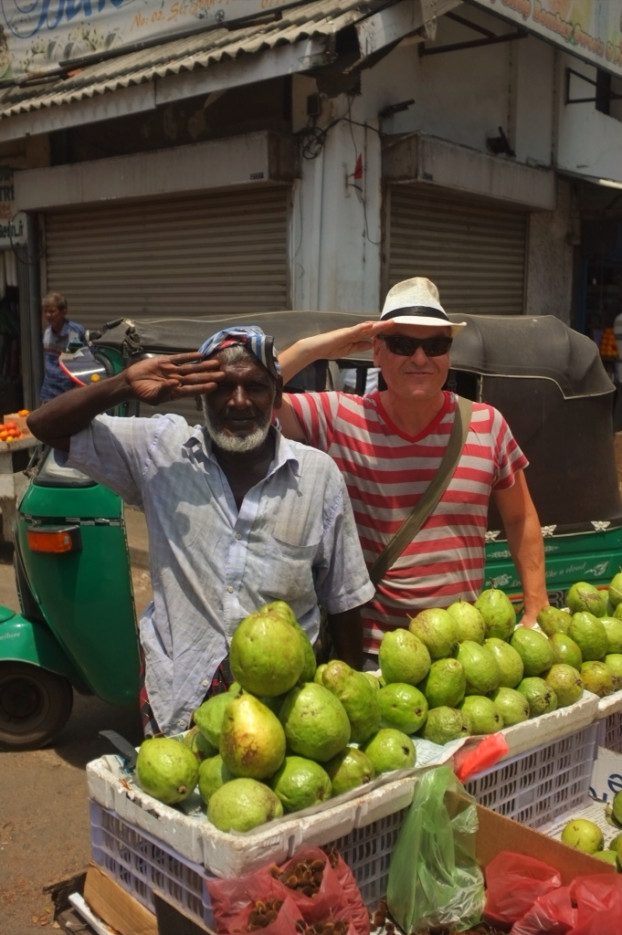 After saying goodbye to everyone from the tour, it was time to hit the street and take a look around Colombo.

Is that penguin going to eat Jimmy? 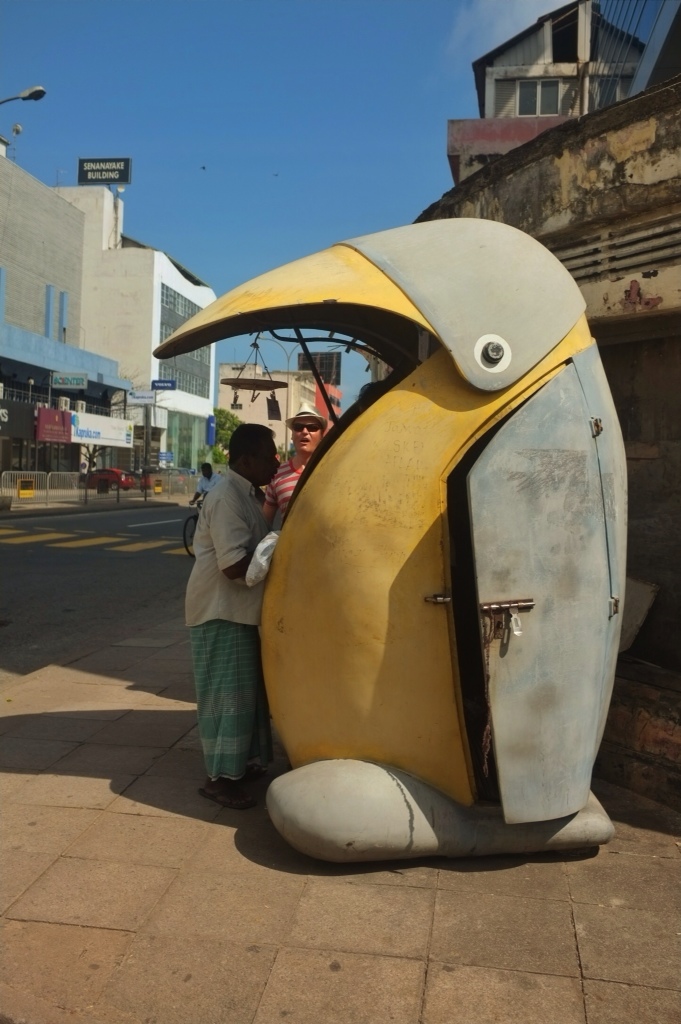 First things first – we found ourselves some accommodation that was more central.

Is that a personal disco, time machine or shower? Complete with 4 different shower heads at different angles, radio, disco lights and even a phone – I want one of these showers at home! 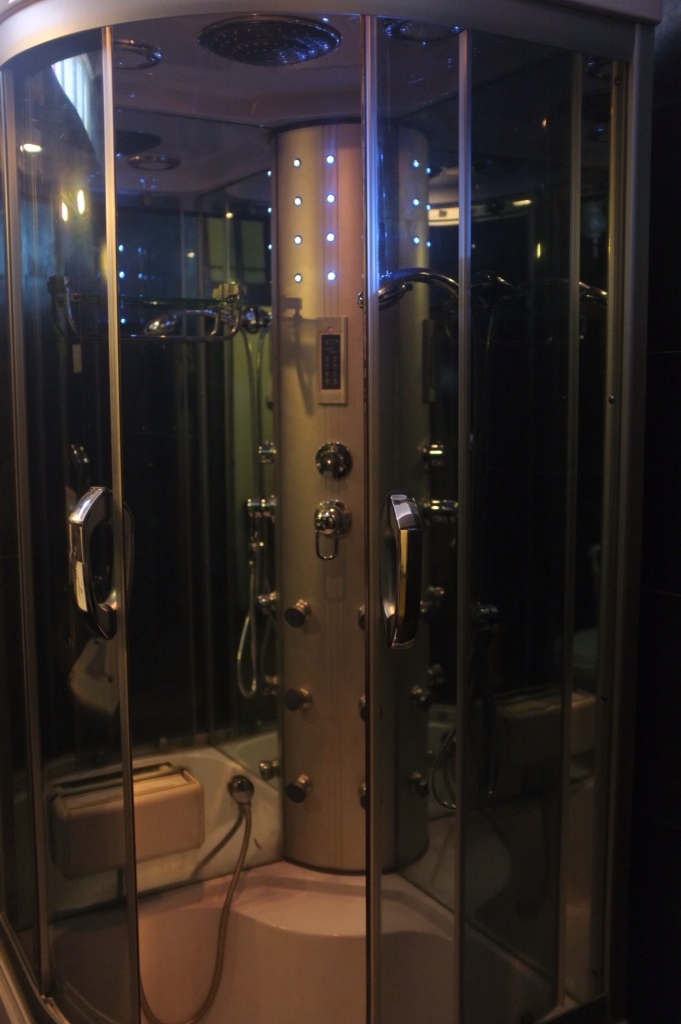 What are they selling?

Of course – ice cream! What did you think they were selling? 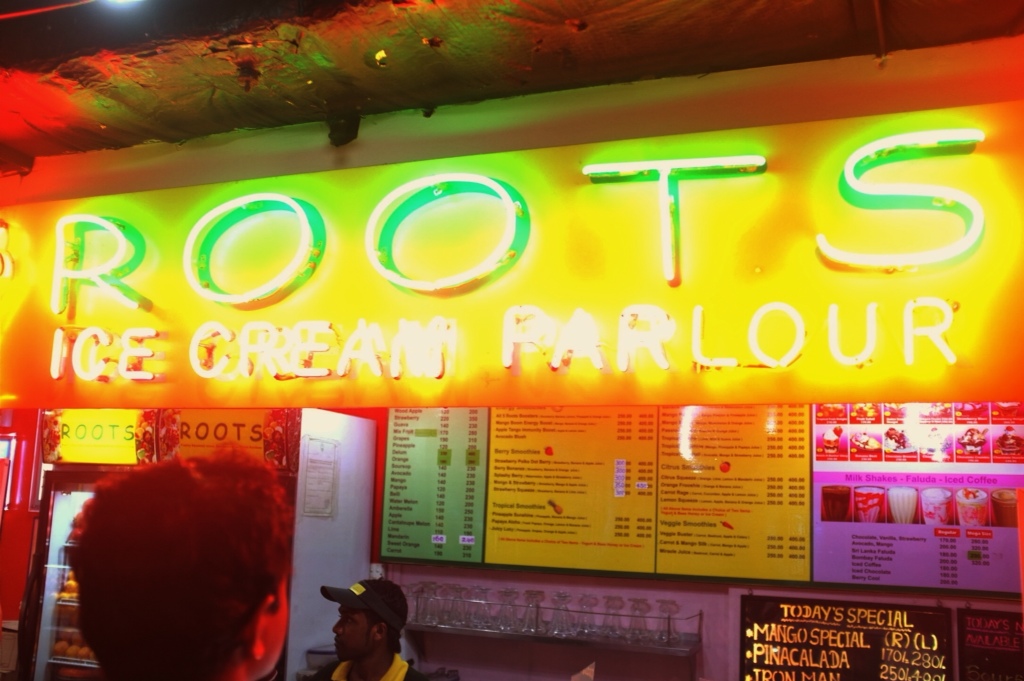 No Jimmy – the red is not your colour! 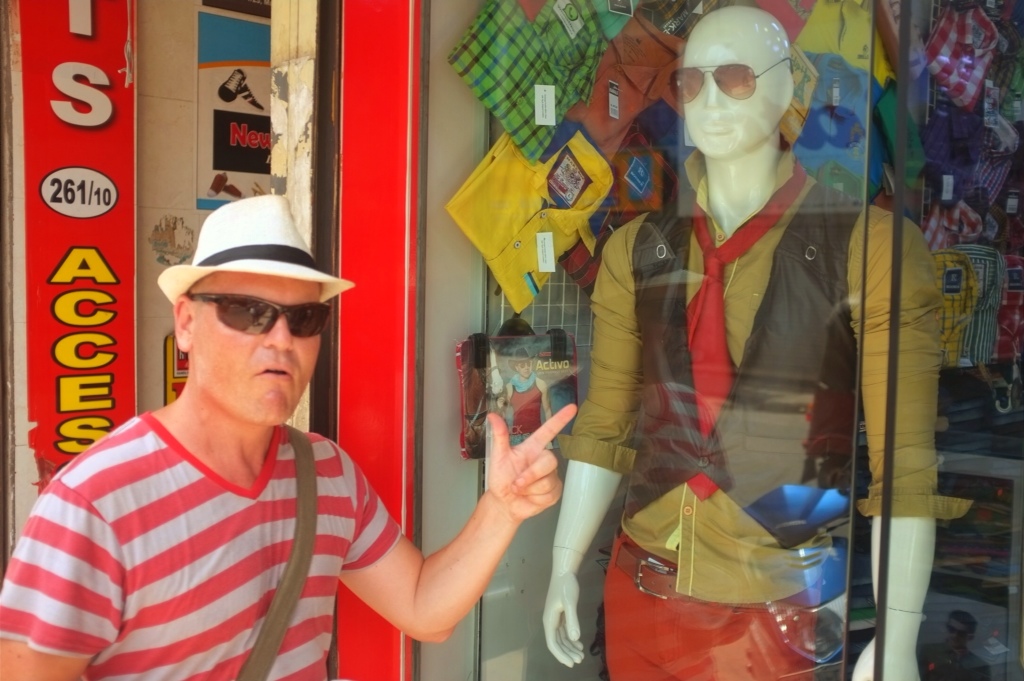 We finally settled on our clothes and prepared to go out for the evening (complete with our travel hats!) 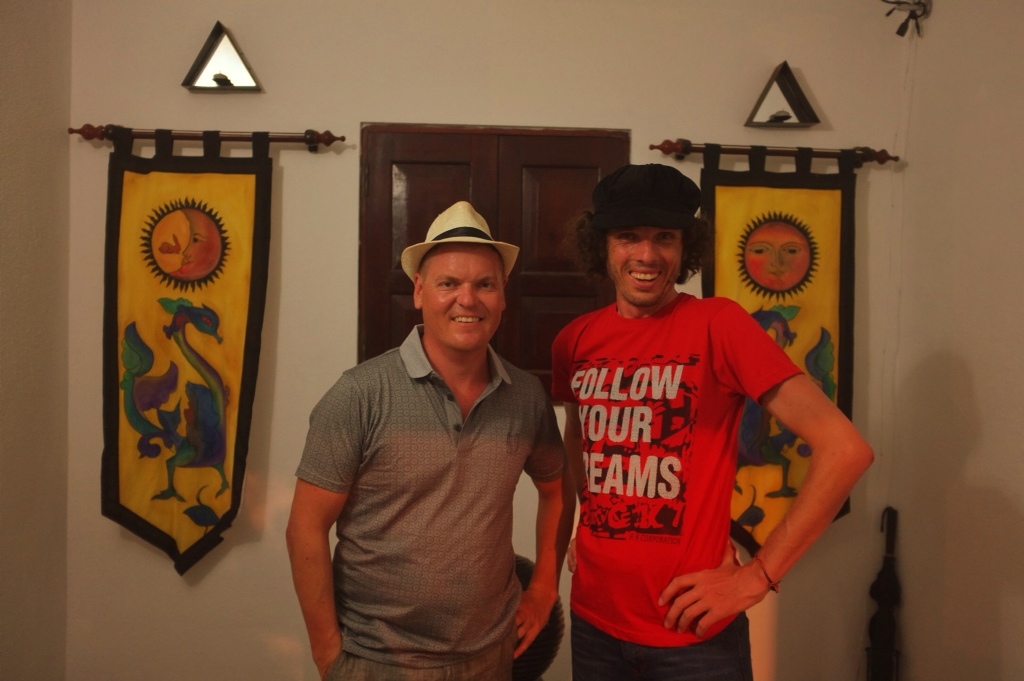 At the sky bar again… Cheers! 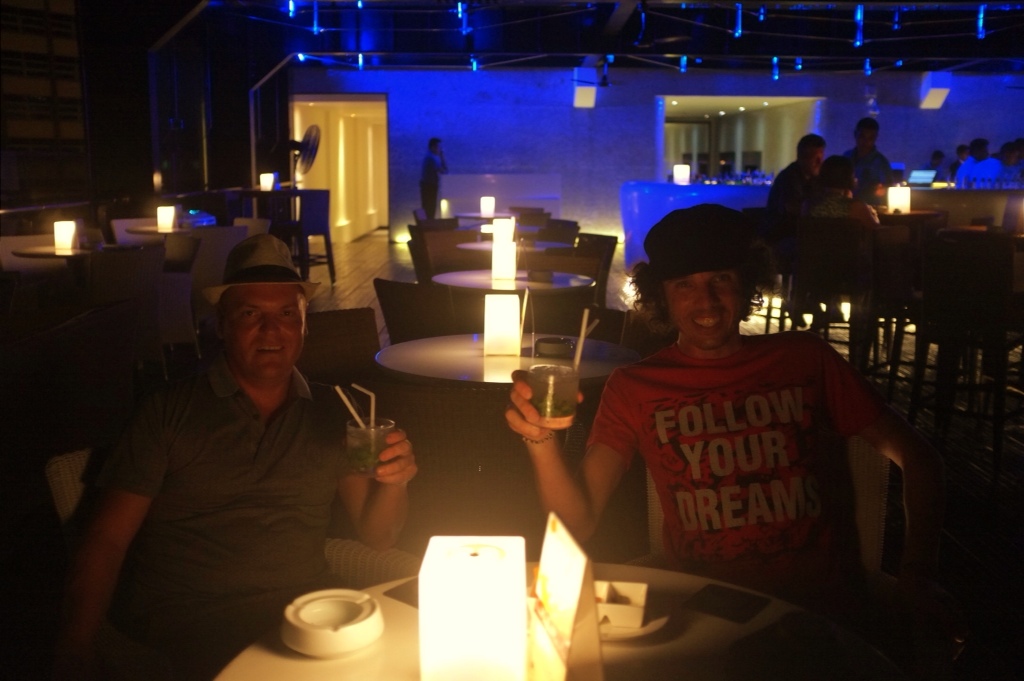 That night, I was awoken by James screaming something at someone outside and telling him he couldn’t sleep (insert expletives as required!) We then realised why the tv was so loud when we were shown the room – there was a building site behind the room going 24 hours a day. For some reason I had not heard it until James pointed it out. We changed rooms for the second night.

The view out the window. 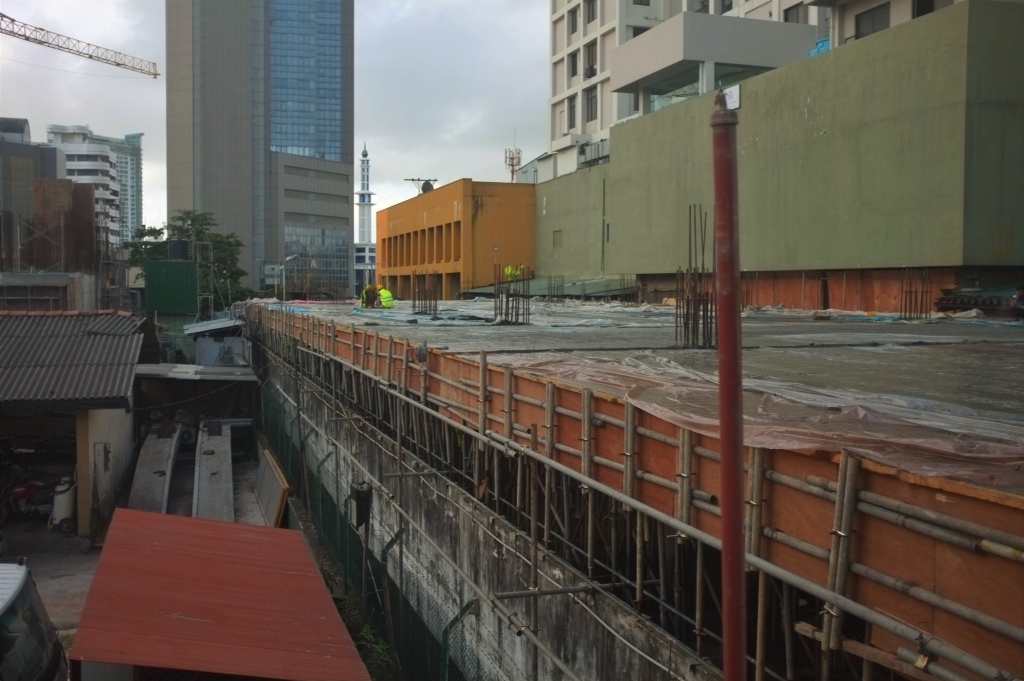 The next day, we hit the museum, where Jimmy decided to display his cultural sensitivity and try out some ancient sanitation devices! 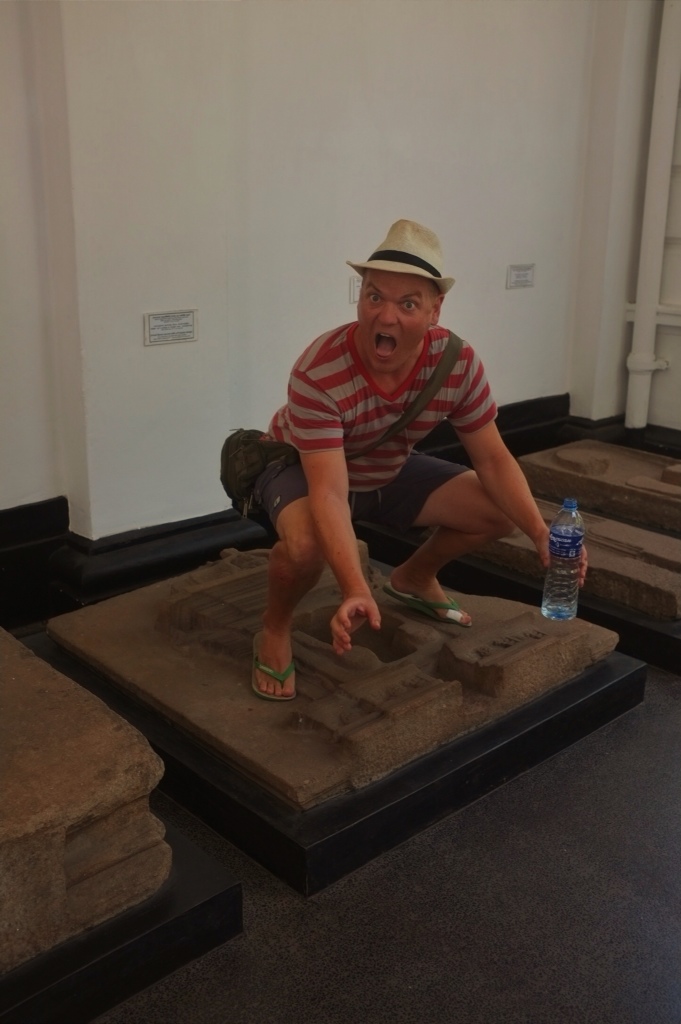 That night, it was chilli crab dinner for the last night.

Someone is excited about getting crabs! 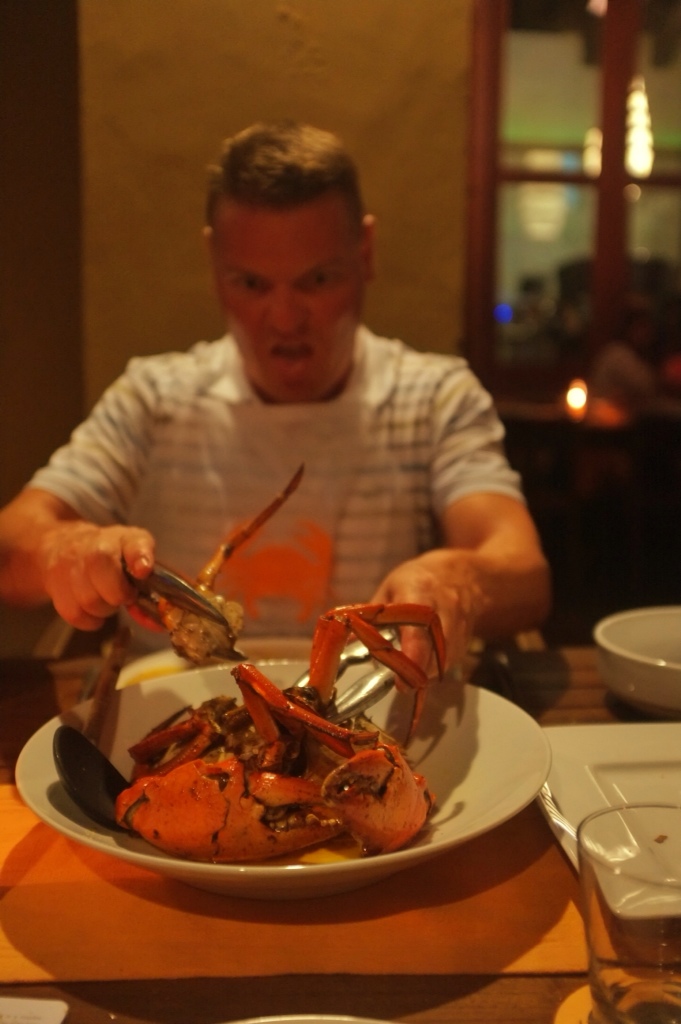 For our last day, we decided to check out the market (before flying out that night).

On the way, the tuktuk broke down in the middle of one of the busiest roundabouts in Colombo. The guy told us he was out of fuel, grabbed a small one litre oil container and jumped out. Something told me with the almost automatic way he did this that it was not an unusual occurrence! 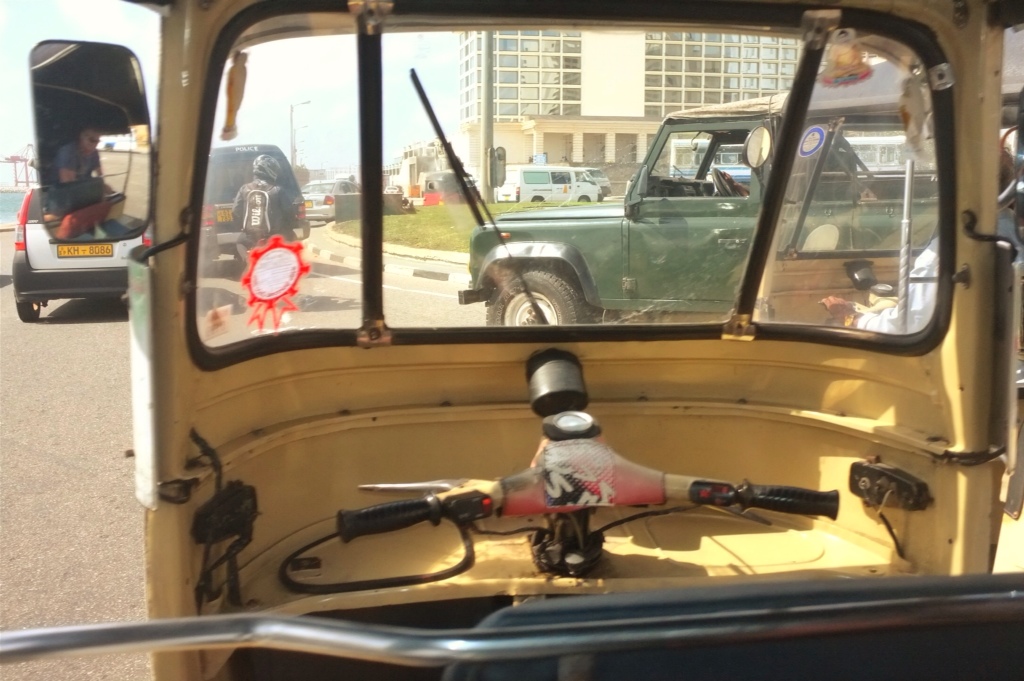 It turned out the market was really busy. 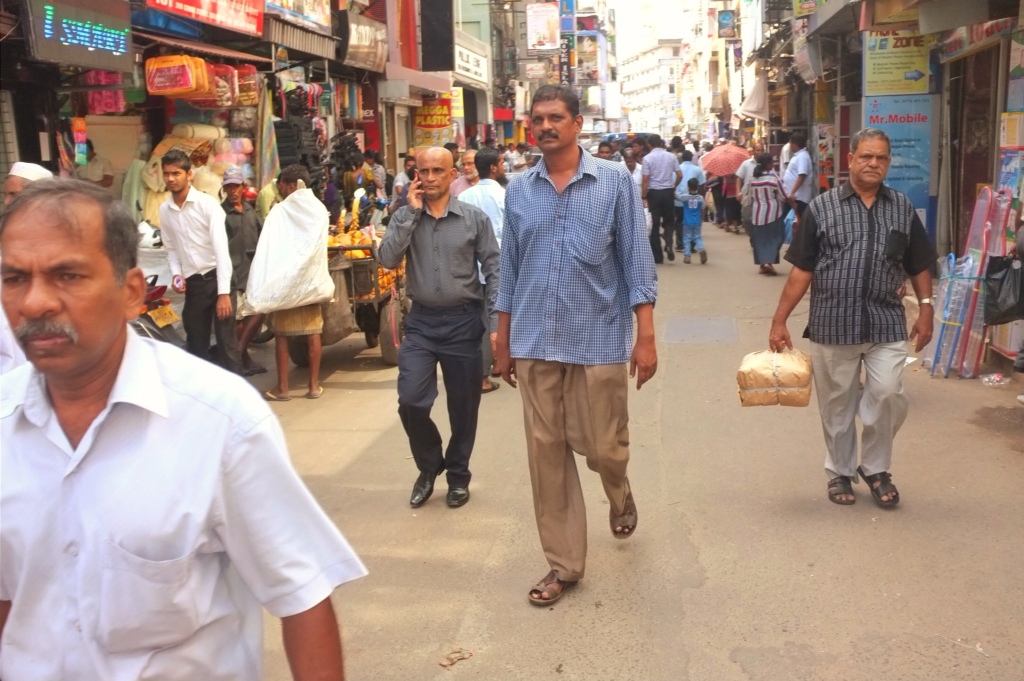 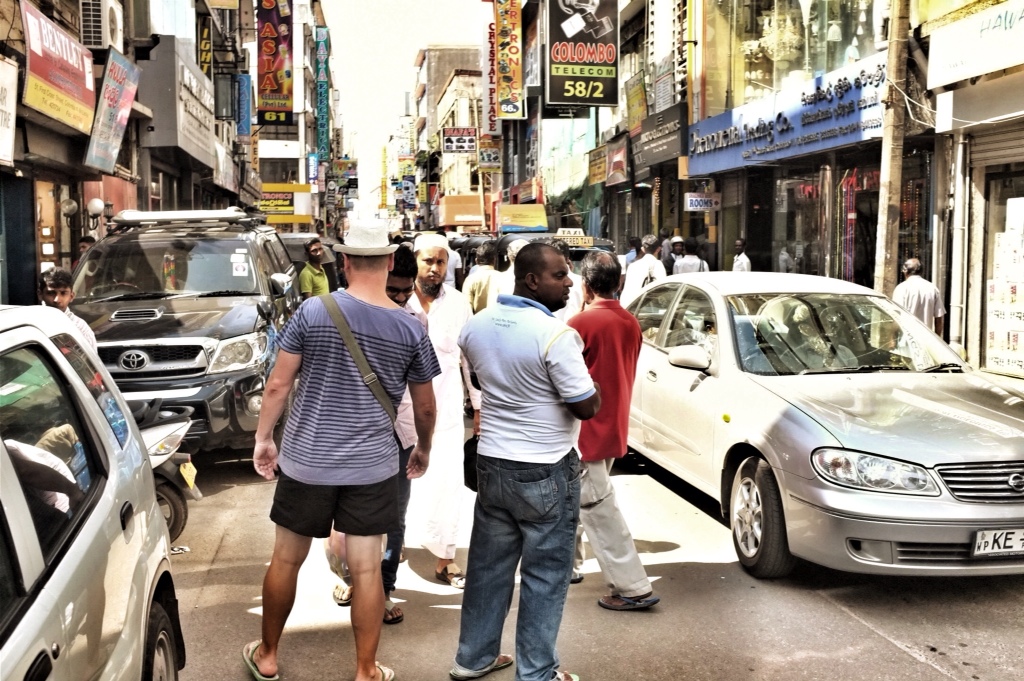 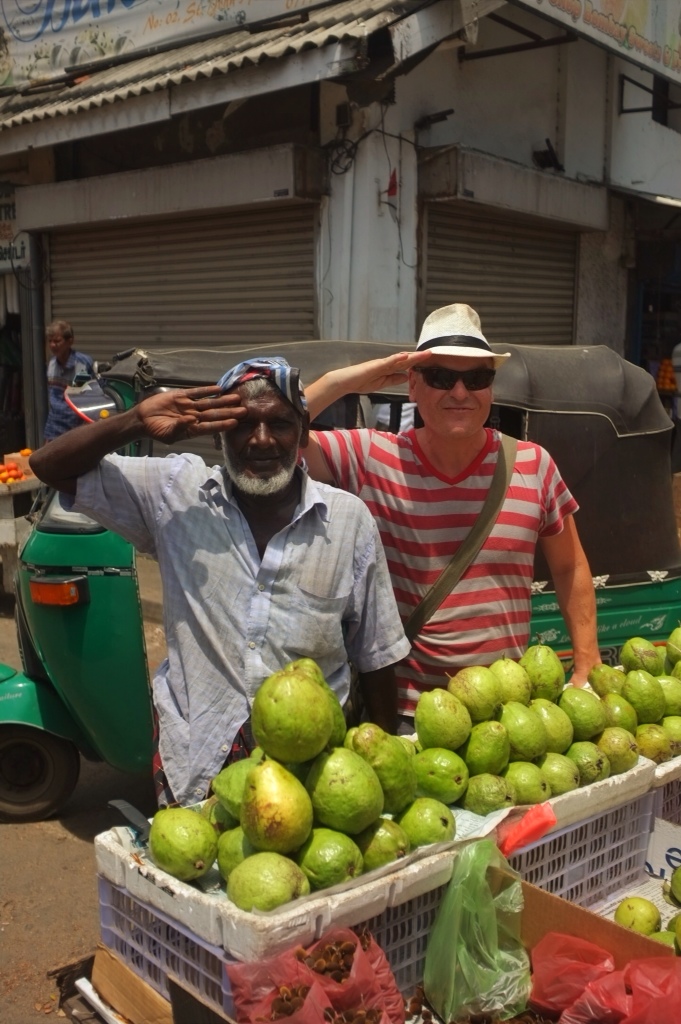 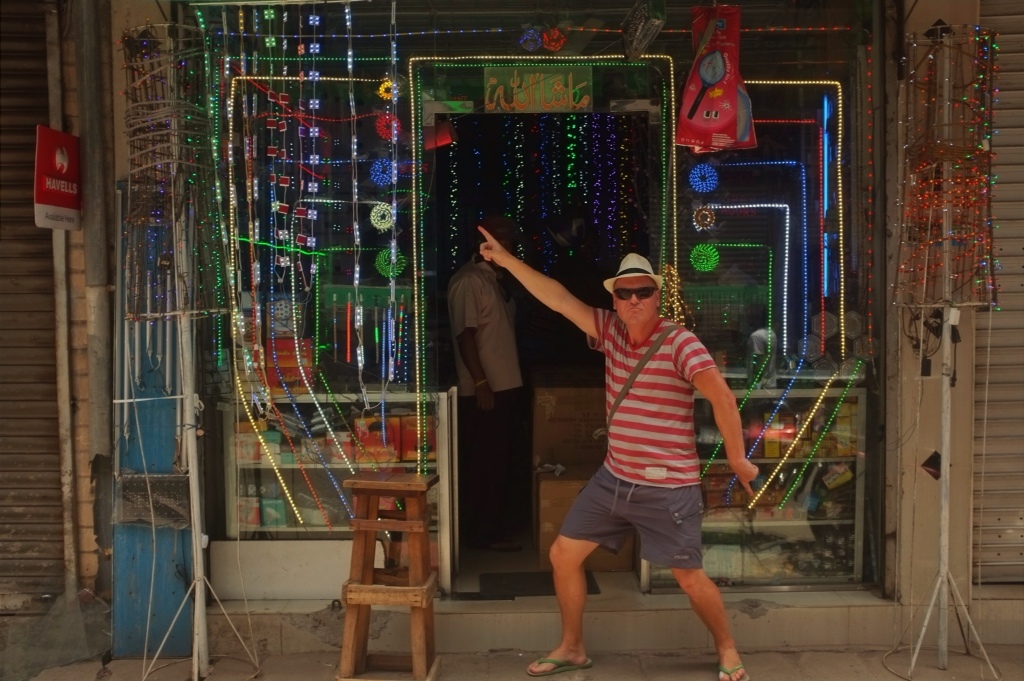 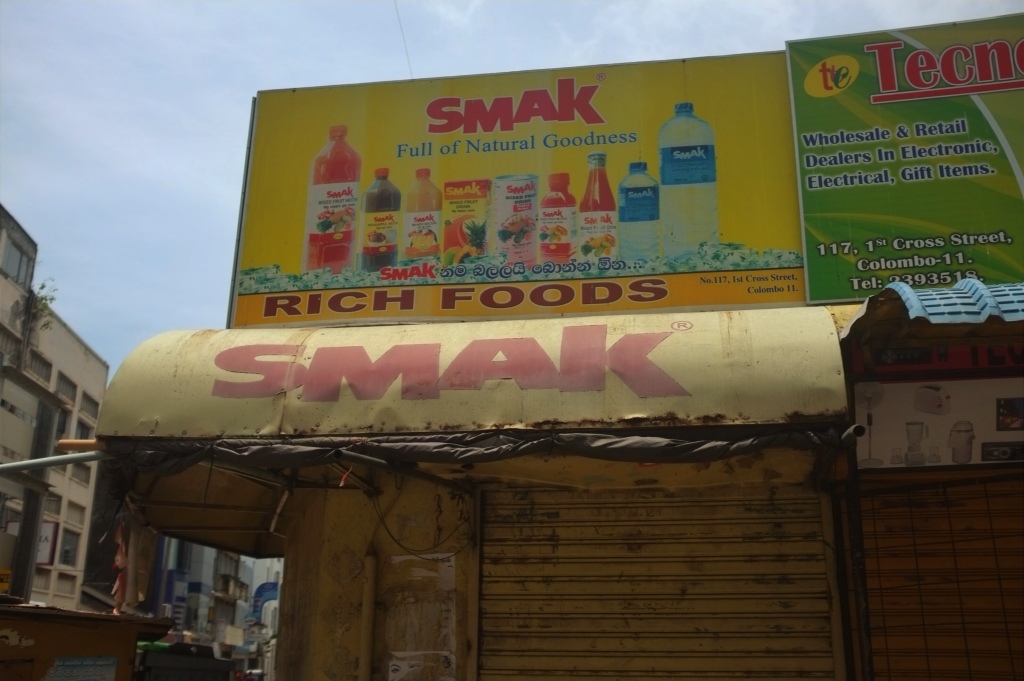 For our final challenge, we decided to help some of the vendors out at the market. The challenge was to get someone to come up and buy. (My favourite is the second guy – he gets right into it!)

Categories: Uncategorized
← My Trusty Pleasure Machine Awaits! (SL pt. 3)
‘When the cat’s away…..’ →