'Take your time and take it all in. It's a dramatic view of New York City that you just can't get anywhere else.'

We decided to go to the Top of the Rocks as we had been told the views were better than the ones from the Empire State building mainly because you can get to see The Empire State Building. Mum and Dad went to the top of the Empire State building as well but Mum kept turning my camera off when she thought she was taking a photo! Doh!
On the way to The Rockefeller Center we enjoyed watching these guys trying to get their food vans across four lanes of traffic on one of New York's busiest avenues! 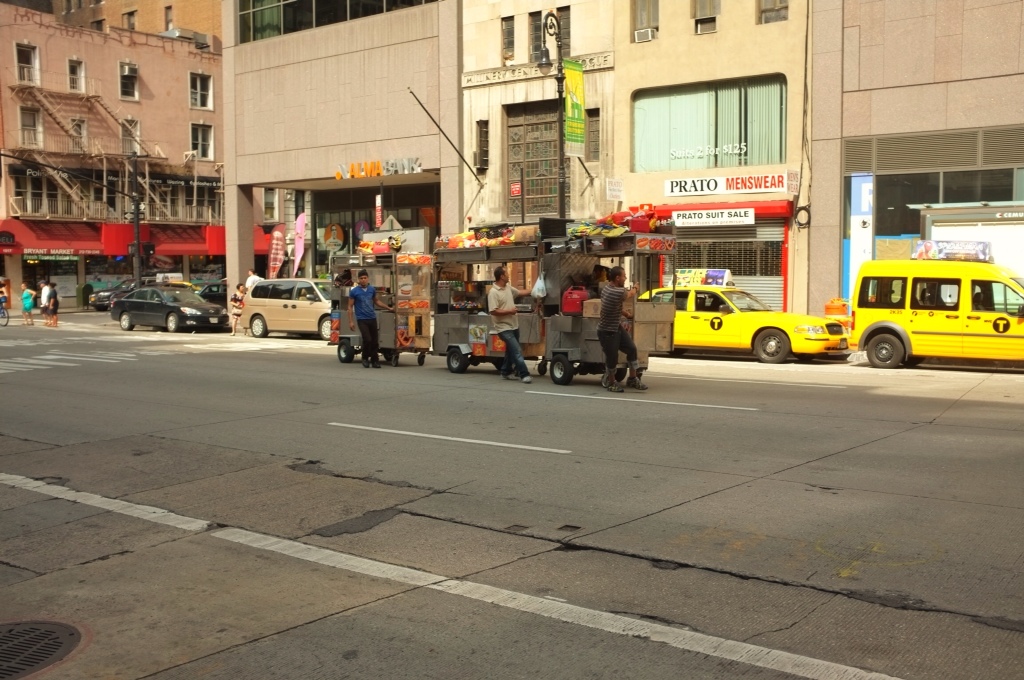 The entrance to the lift area was rather flash with this chandelier. 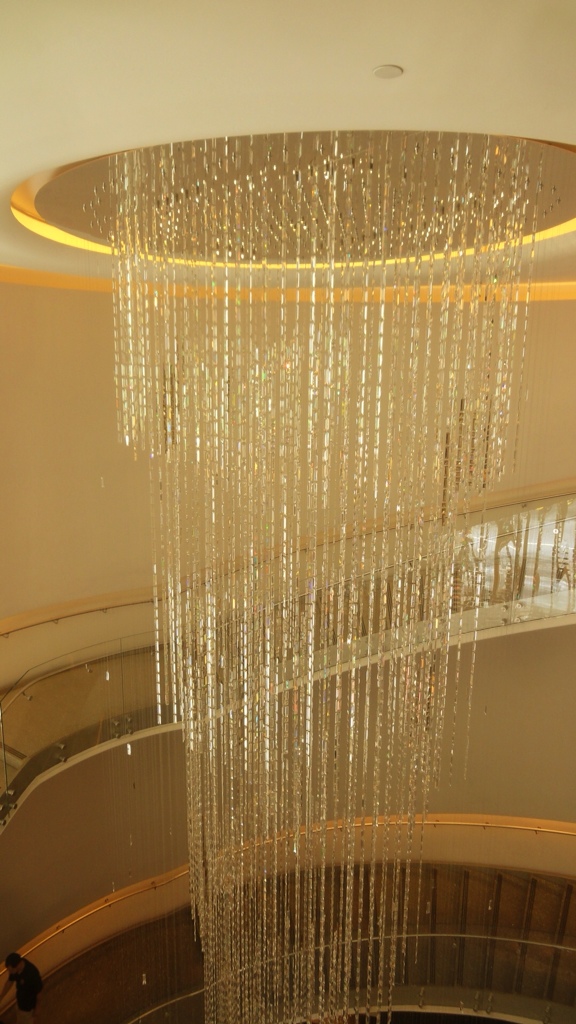 As promised the view were amazing! Looking Uptown towards Central Park. 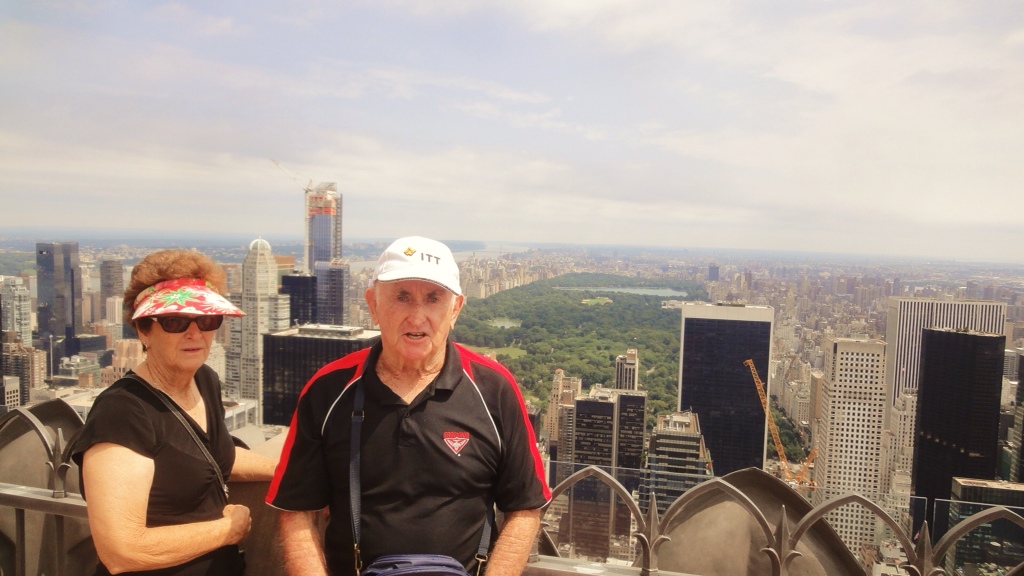 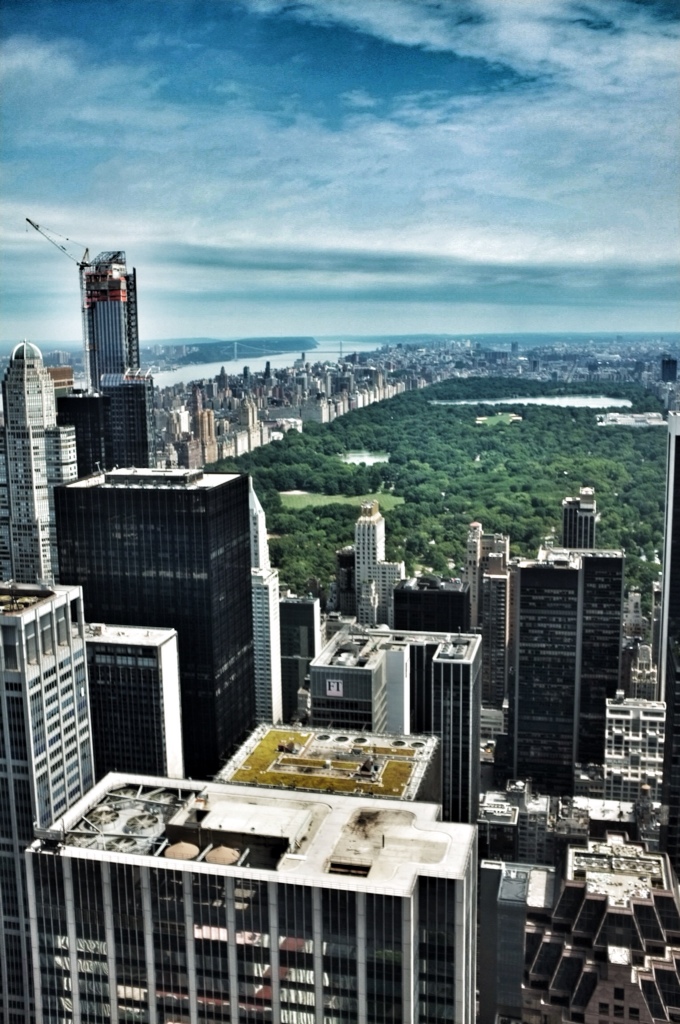 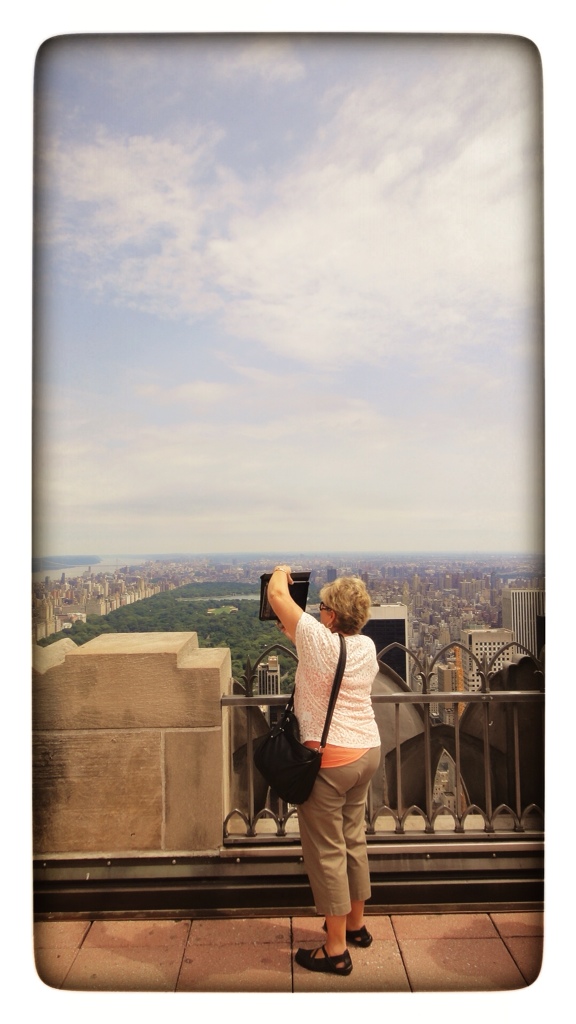 Looking down on Fifth Avenue and St. Patrick's Cathedral. 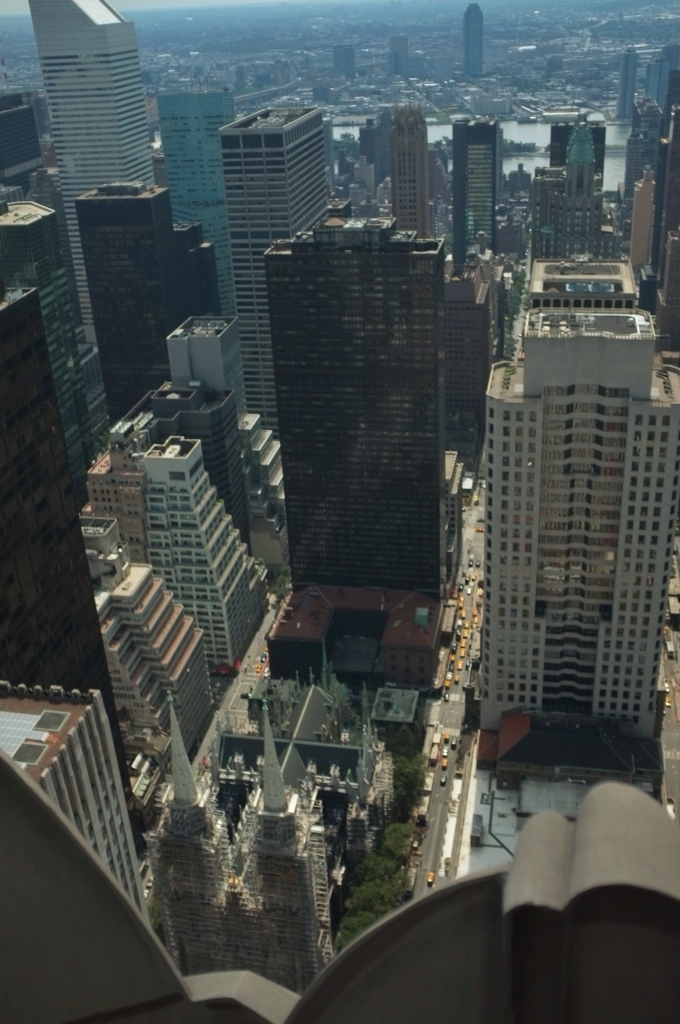 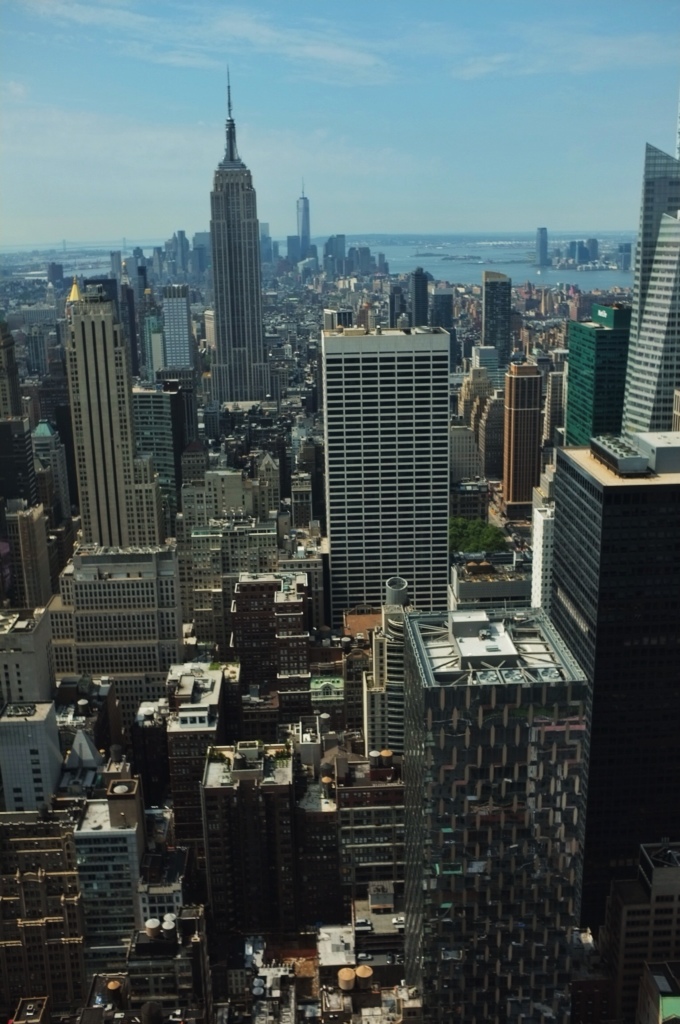 Dad managed to get his finger on top of The Empire State building with his first try! 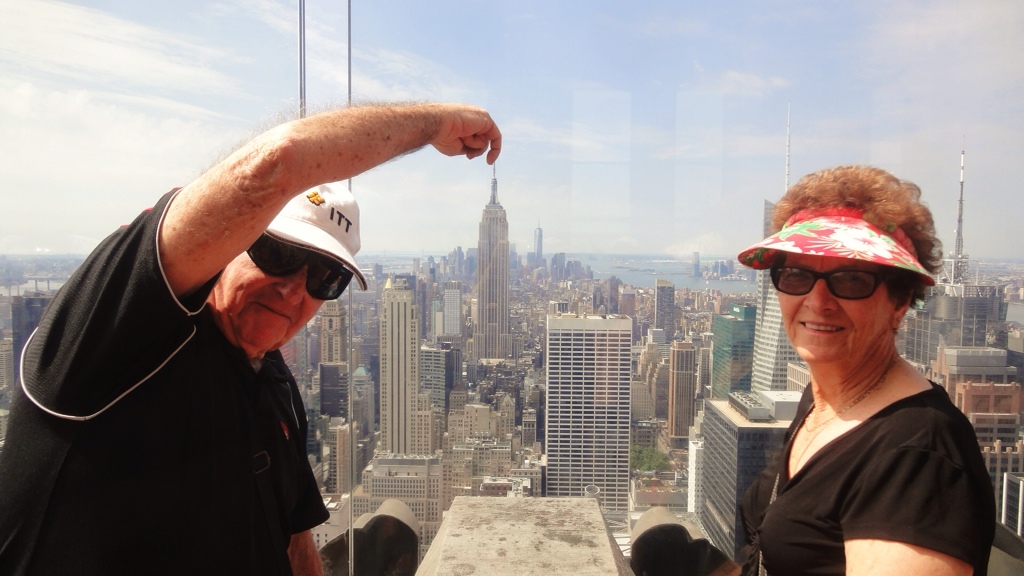 Mum was another matter! 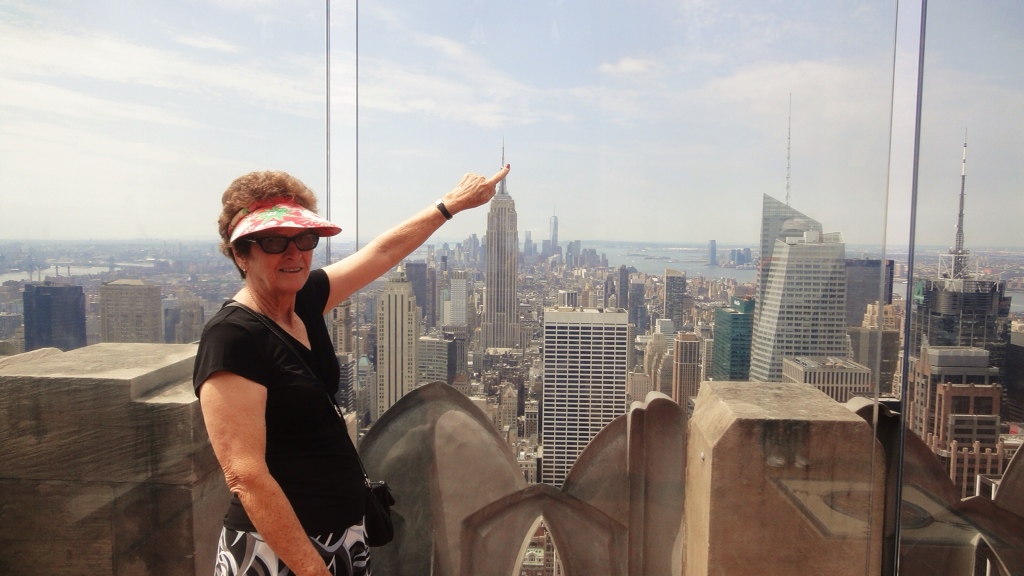 The wind was playing havoc with our hair on the top deck. At least Dad didn't need to worry! 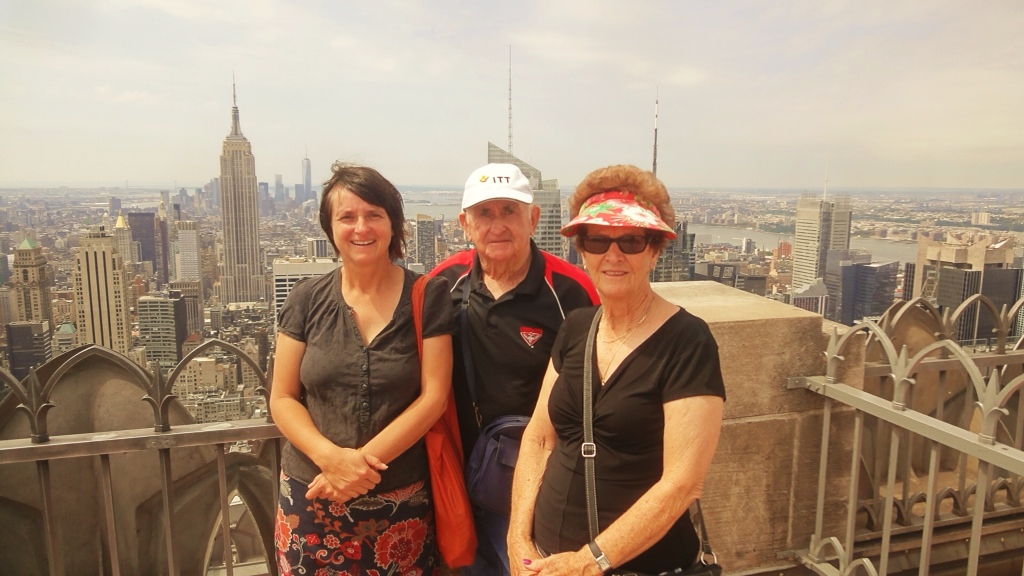 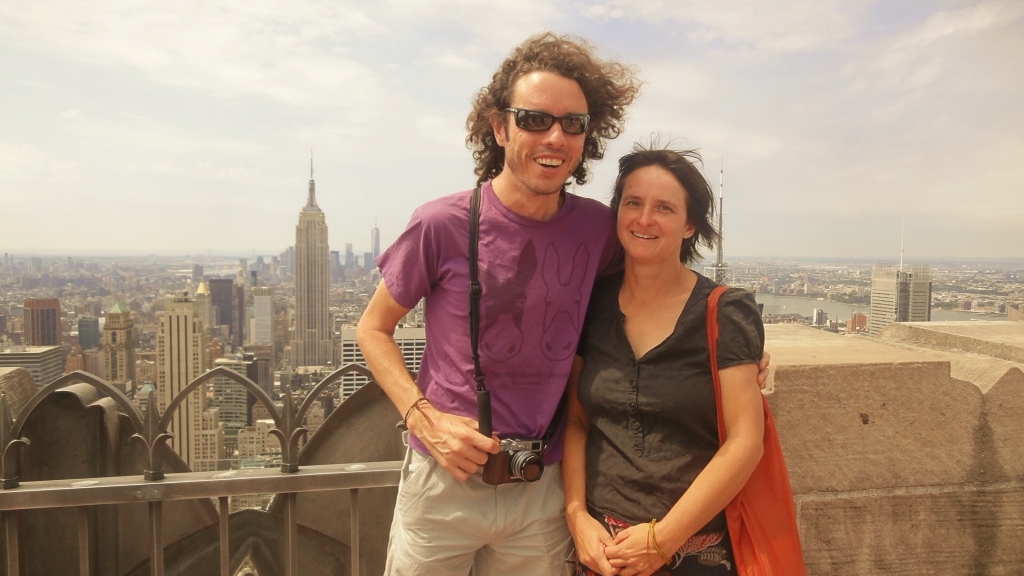 Safely downstairs again looking up at where we had been. 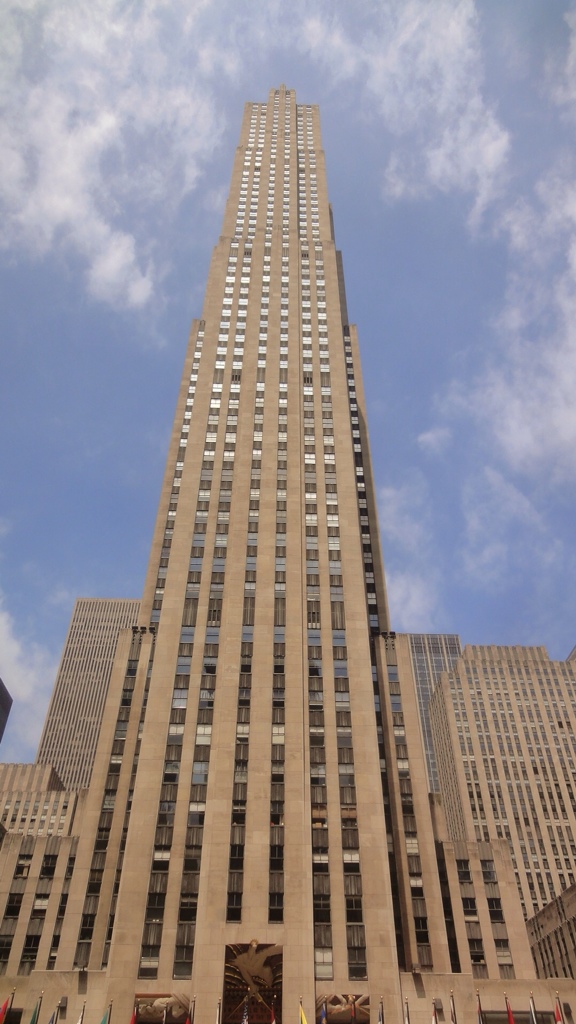 The Entrance to the Rockefeller Centre 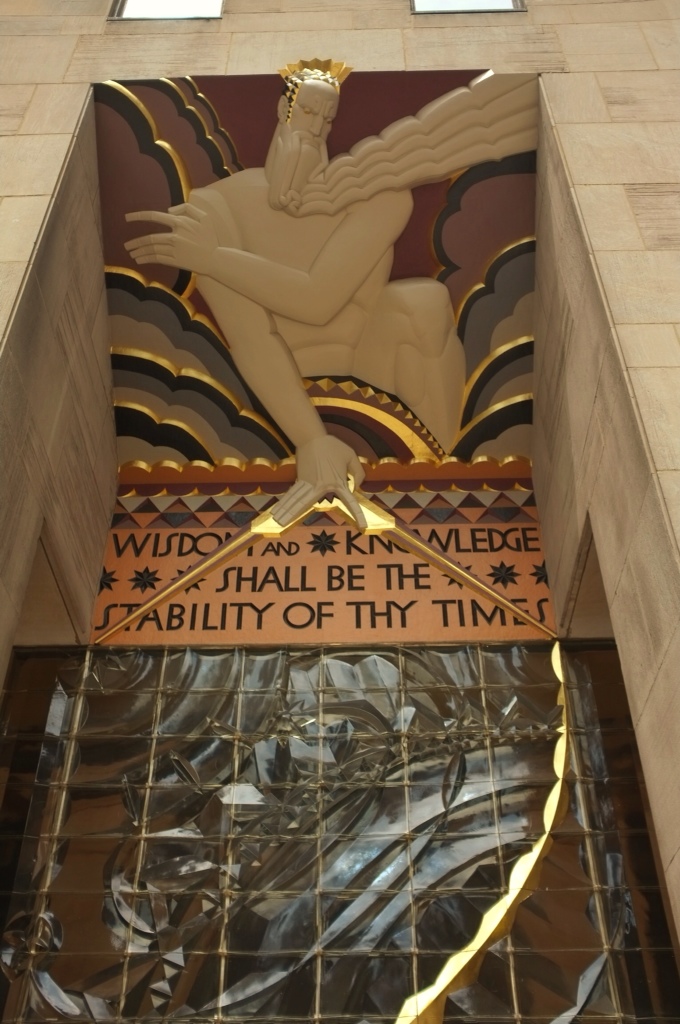 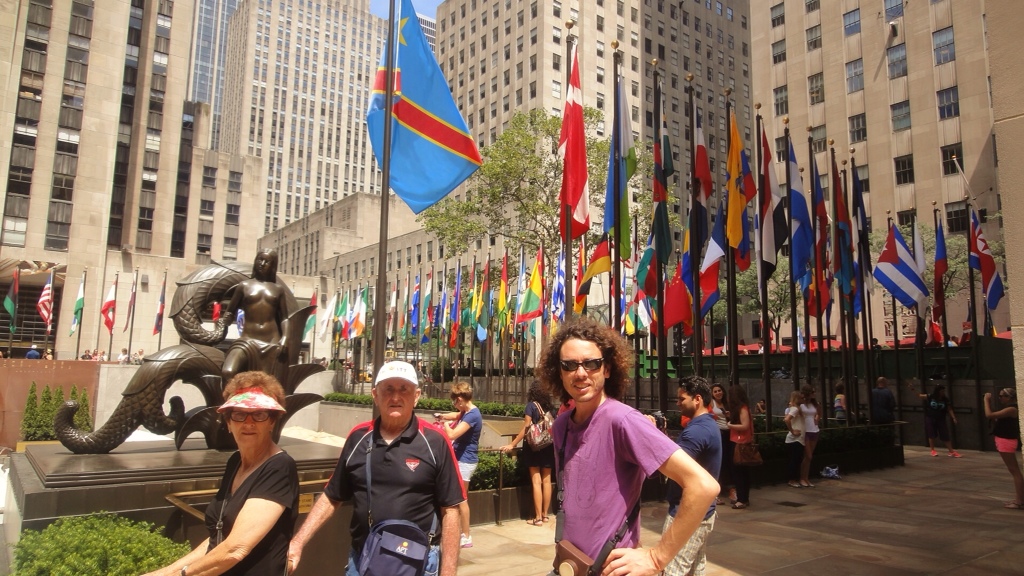 Outside Radio City Music Hall where America's Got Talent live shows were being recorded.

Sending Dad home on the bus by himself for the first time was a bit of a worry. We thought a photo would be helpful when the police asked what he was wearing! 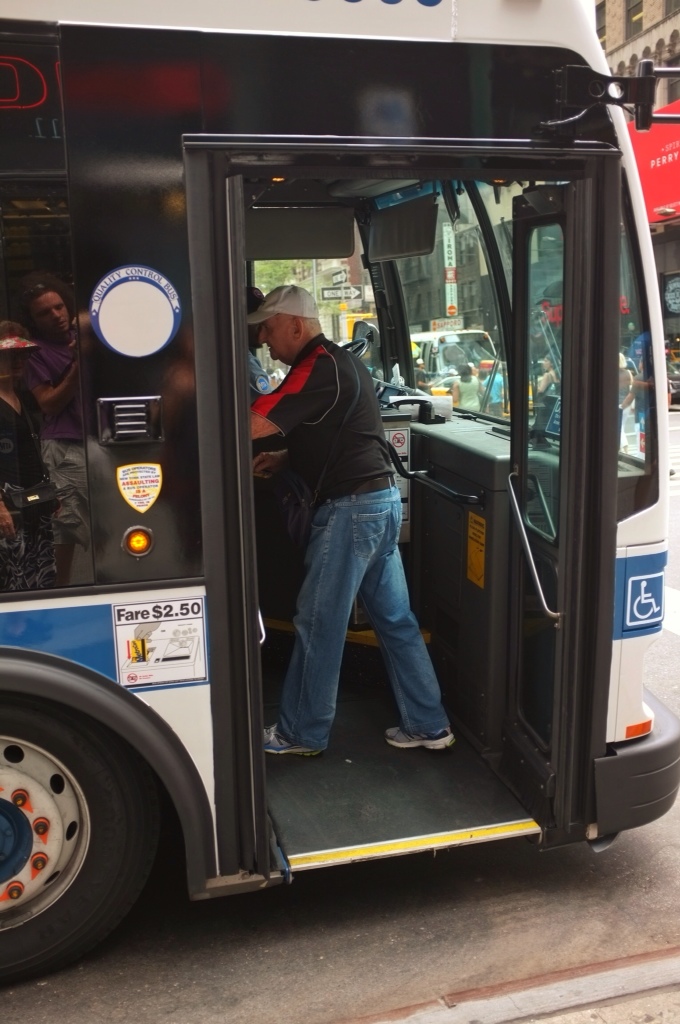 We would thoroughly recommend a visit to the Top of the Rocks for anyone visiting New York to view the 'stunning panoramas of the city's energy, wonder and beauty.'

Categories: Uncategorized
← ‘If you’re to going be thinking anything you might as well think big.’
‘I am happy to visit one church a day………’ →